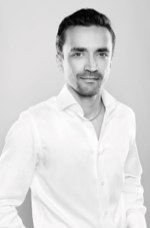 1998 Faculty of Law of the Comenius University in Bratislava (Mgr.)

Peter is the founder and partner of the law firm LEGAL ART. In 1998, he graduated from the Faculty of Law of the Comenius University in Bratislava and since 2005 he has been a member of the Slovak Bar Association. From 1998 to 2000 he worked as an associate in the law firm Bacho&Valentová. In the 2001 and 2002 years Peter was a lawyer in a telecommunications company, a subsidiary of KIWWI AG Vienna. From 2002 to 2006 he worked as a lawyer and later as an advocate for a significant financial private equity company in Slovakia.

As part of his practice, he deals in particular with problems of commercial law, mergers and acquisitions, health law, games of chance law, and telecommunications. Peter is systematically involved in legal advisory in the area of health sector and healthcare provision sector, he was a member of a managing board of a public health insurance company; as a lawyer he participated in transformation of health insurance companies to joint-stock companies and engaged in the legislative process within the health legislation. On a long-term basis he is involved in the field of games of chance law, problems of game plans, internet gaming, and license procedures in this area. Within the telecommunications and media, Peter devoted to providing legal advisory to telecommunications companies, license law and copyright, and he participated in establishing the Association of Telecommunications Operators. Peter speaks English and Russian.